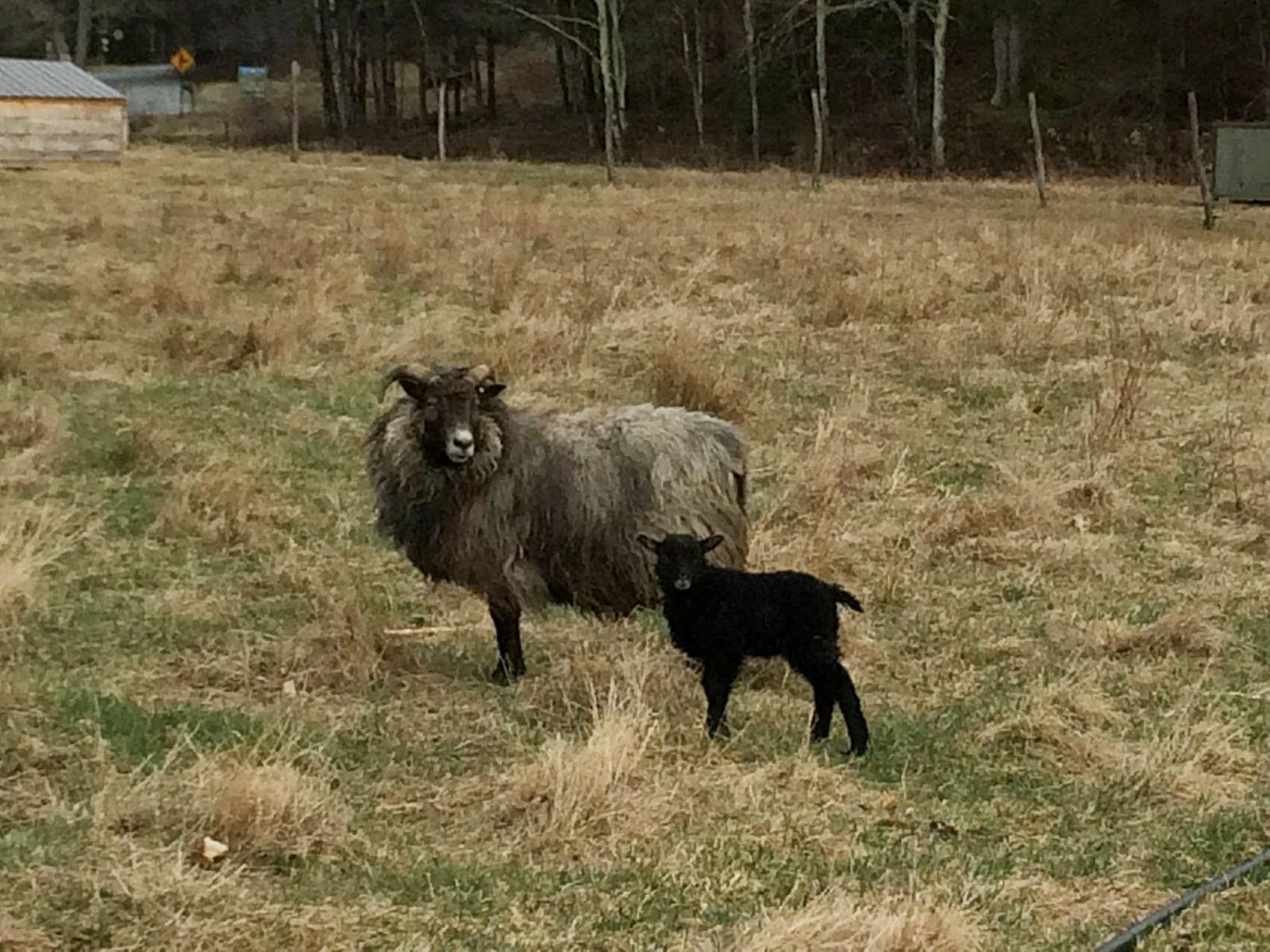 After a long, cold winter, the signs of life that accompany early spring are most rewarding.  The birth of a frisky lamb to a ewe who miraculously survived being submerged for five hours in a flood last June soon after losing her twin lambs in an  accidental drowning warms the heart.

Freya is a hearty and stubborn "leader sheep" who has remained the matriarch of our small flock of Icelandics we are attempting to rebuild.  Her new lamb "Mary" was named for our good friend Mary Thomas whose family the Walters lived on and worked the farm's land for the better part of a century.

Our other ewe "Olive" that was born last spring is named after Mary's departed older sister.  We are thrilled to have Mary the black
lamb as our latest addition.  Mary Thomas spread her wings, leaving the farm and traveling the world while working for IBM, so the black color suits the lamb's name just fine we think :)

In other news we will soon begin constructing our 14' x 14' three season cabin to house interns for the summer season.  We are also finishing up work on our commercial kitchen in the barn, and Dave will be completing the outdoor shower stall and we will be readying our "old school" privy.

Our veggie seedlings have been growing like weeds and some of the tomatoes had to be transplanted to larger pots.  We will be planting twelve heirloom varieties this year.

The sap recently stopped flowing - it was not a banner year by any stretch.  Last year we had more sap than we could handle, and it figures this year when we were more properly geared up, the flow was minimal.  Nonetheless we were still able to cook down a few quarts.

The Benner boys were on spring break this past week, and with some friends up to visit, we seized the moment and fired up the earthen pizza oven for the inaugural bake of the season.  Al's friend Jordan decided to slide a tray of OSF root vegetables coated in olive oil into the oven, and even though they should have been covered for some of the time, the results were outstanding!  Very intense flavors - especially the beets.

The spring peepers have started, the bikes were taken out for a spin and trout season opened...spring
has arrived.  Dave added two more mini hoop houses atop the rooftop garden beds and these four cold frames of sorts have since been planted with lots of brassicas (kale, cabbage, brussels, broccoli, etc) and onions.  The snap peas get planted out in the garden soon.

We are loving the batch of sauerkraut Dave made last fall, and have found it mouth watering when added to a  pork loin or one of our free range turkey breasts in a slow cooker along with OSF carrots and potatoes.

With farming there is always a catch, and right now the one major glitch is our '66 Ford pickup - "Hoss".  Seems he has piston ring problem.... still unclear if it is simply 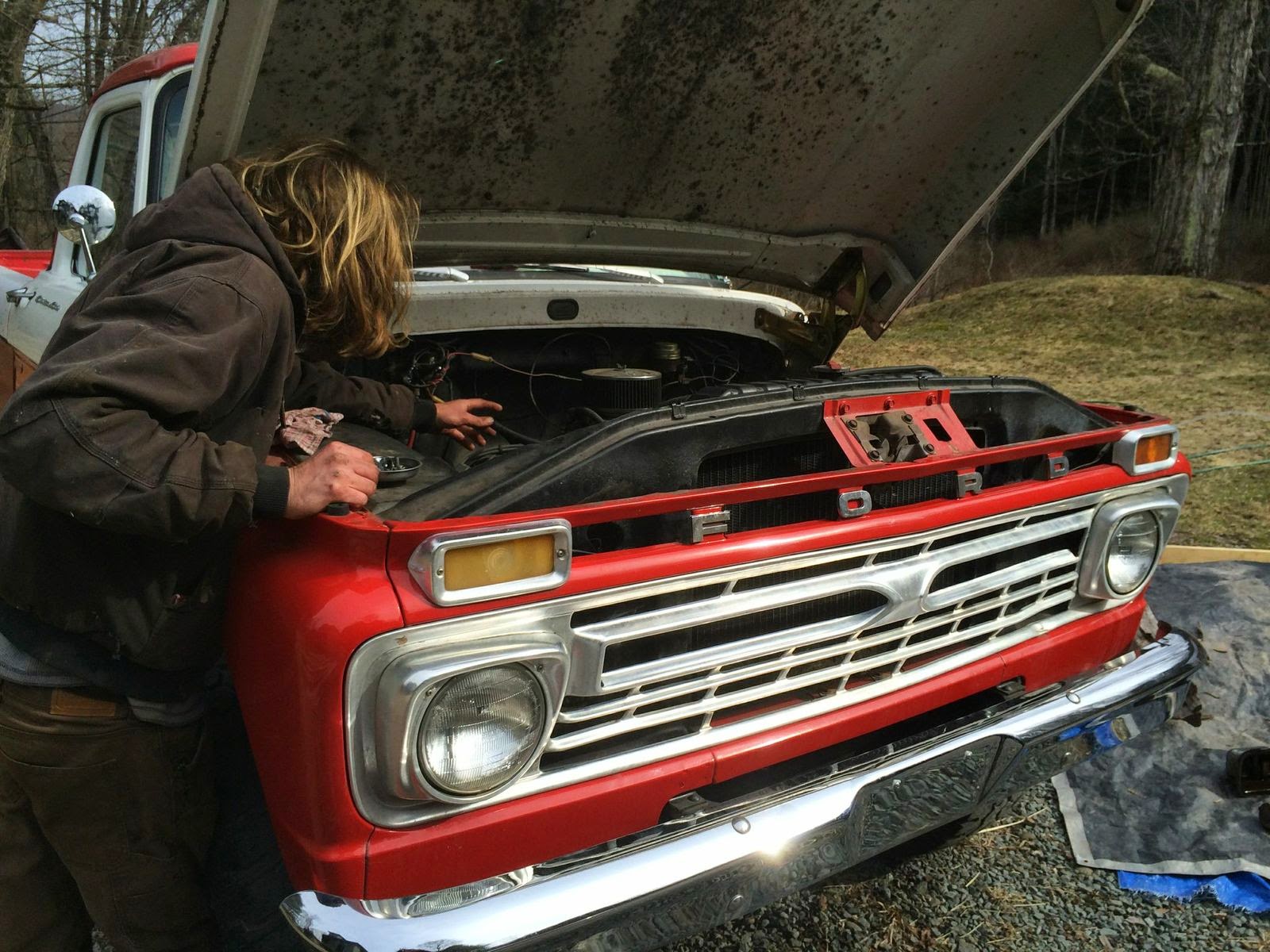 stuck or if we are having oil blow by due to wear.  If the latter, this will require a pretty significant engine tear down to repair and could see our truck out of commission for several weeks during a critical time of the year....Dave is running tests this coming week...

Until next time, enjoy this special time of year and be sure to get some seeds in the ground soon!

Your friends at Old School Farm...    (More photos to follow below) 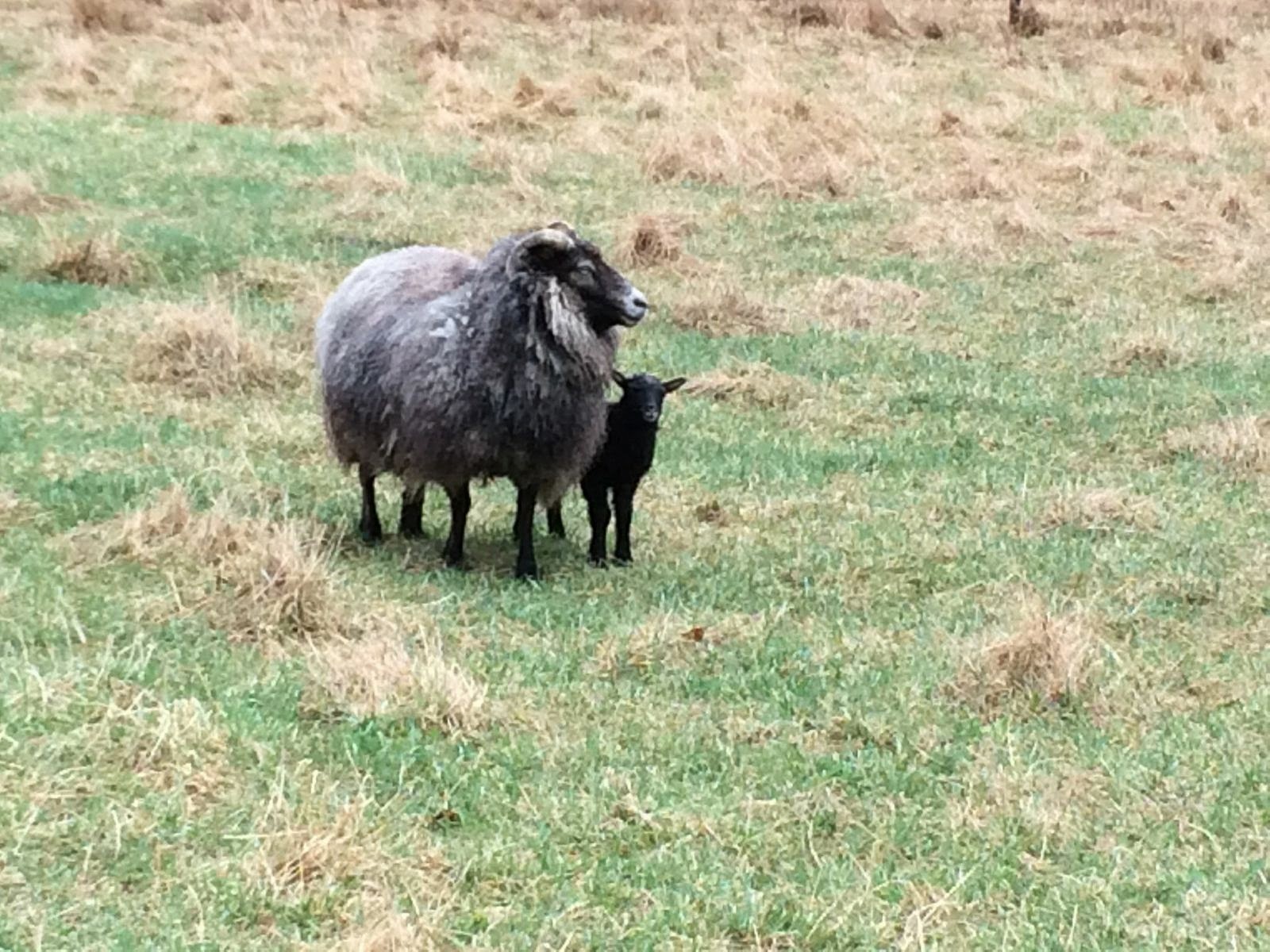