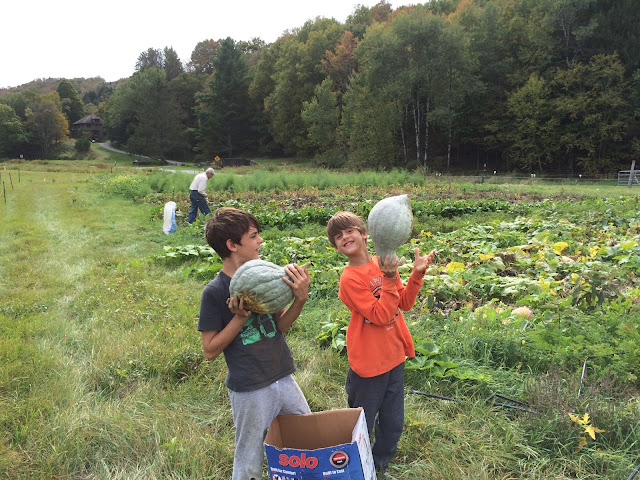 As is often the case in our busy world, the author's life off the farm has been all consuming over the past ten months... Supervising twin 9 year olds, coaching baseball, running other businesses, and even making it to the second round of screenings for Shark Tank for Powerful Plants have been very time consuming...  Hope you all understand.

So what's new on the farm? 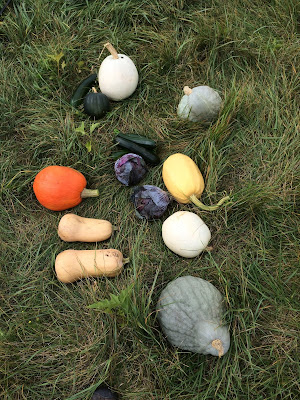 Well for starters it was a very dry summer. What in spring looked like a simply amazing garden, sputtered and ended up less productive than in other years.  With mice searching everywhere they could for moisture, our root crops became prime targets.  Our large area of potatoes produced smaller (and dryer) than normal spuds, and our peppers in the high tunnel are being mauled by rodents as well.


This all said, Dave has done a good job of marketing everything he can through the Lackawaxen Farmers Co-op, and sales are building this fall.  We've also had a few on farm sales from our small stand at the farm.

Other news is we will be sending two sheep to the butcher this fall and we will be giving "Renny" the bottle fed ram to a farm in Susquehanna county while acquiring a new ram from the same farm to ensure a new line of genes for our flock. 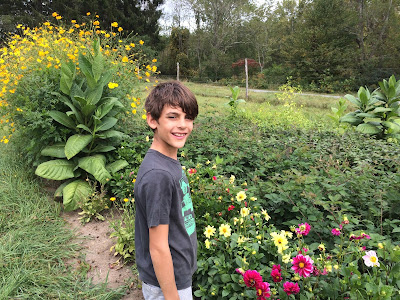 The big news of late however is the incredibly long 3' deep trench that was just dug for underground electric and phone lines traversing the farm to Dave and Christin's building lot on the far north side of the property.  This was a big project and a lot to coordinate.  The power runs close by the newly erected farm intern cabin, so power and internet was trenched to that structure with water soon to arrive from a newly drilled well for a nearby growing area and pasture.

The turkeys are starting to roost in trees so Dave will be clipping their wings.  We lost birds to predators in the past due to them not be locked up every night.

Owen and Coleman recently spent a five day school break with their dad and grandfather at the farm.
It was great family bonding time and much produce was harvested, including a large "Sugar Baby" watermelon that the boys said was the best tasting watermelon they ever had!   Unfortunately the local fishing opportunities were not productive due to the drought. 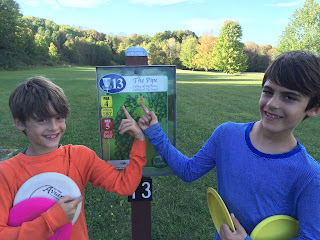 A fun time was had at the nearby Prompton Disc Golf Course that abuts Prompton Reservoir - about 15 minutes from the farm...  Rumor has it a 9 year old tied his dad on a round of disc golf! 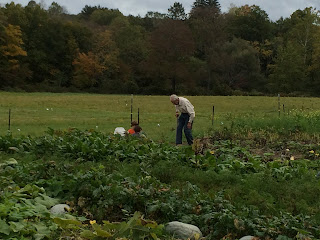 Finally, we send out a big hello and best wishes for a continued speedy recovery to our dear friend Mary Thomas.  Mary's family owned our farm for most of the 20th century and had our farmhouse built. Mary took a bad spill several months ago, but she is as tough as they come and is on the mend and well on her way to a full recovery we are told.   We love you Mary! 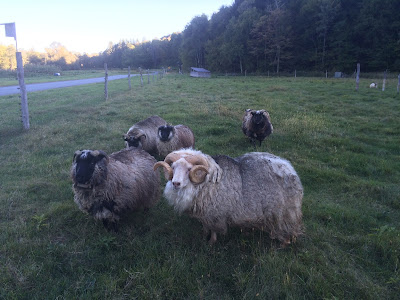 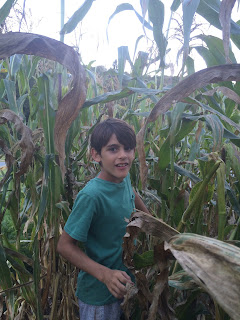